Last week I did something that I’ve been dreading for almost 6 years; I explained my son’s differences to his kindergarten class. They have been asking why he’s different for a while now. Why does he leave class sometimes? Why doesn’t he talk like they do? Why does he have to sit on a chair instead of on the floor with everyone else? Why doesn’t he listen? Why does he understand better when you talk with your hands or with pictures instead of just your mouth? All valid questions, but not ones I wanted to acknowledge.

My son, as you likely know, has Down syndrome. I tend to shy away from the term, because I’m still not comfortable with it. Yes, I know, understand, and accept that my son is different. But I’m still clinging to the idea that he’s different because EVERYONE is different, rather than “he’s a different kind of different.” I treat my son the same way I treat my typical daughter. His diagnosis is never used as an excuse or as a crutch. He’s a little slower to learn or to understand, just like my daughter is stubborn as a mule and talks back (we’re working on it). Every child has their own interests, dislikes, strengths, weaknesses, and hurdles to overcome.

So when Emmett’s teacher said to me, “The kids are asking questions about Emmett. What would you like to do?” I was a little lost and panicked. This required me to actually stop and tell people “My son is different than the rest of you.” I don’t think of him that way, and it still breaks my heart to think that there are some people who look at him and just see his diagnosis. He’s so much more than that.

So when I was asked what to do about the children’s questions, I decided that I wanted to talk to them myself. Who better to describe “Why is Emmett different?” than the person who can tell them all the ways in which Emmett is also the same.

We’re fortunate in that one of Emmett’s friends is in his class this year. His friend is only a few weeks older than Emmett, and he also has Down syndrome. His mother sent a letter home with their classmates explaining what Down syndrome is and, maybe more importantly, what it’s not. We planned it so that I could come in a few days after the letter went out to answer any questions the kids had. And now here’s what I’d like YOU to know.

Down syndrome is not an illness or disease.

Down syndrome is not scary.

Down syndrome doesn’t mean he CAN’T.

Down syndrome isn’t a “problem” that needs to be cured, changed, or “fixed.”

Down syndrome is an unchangeable part of who he is, but it is NOT what defines him.

Down syndrome is the name we give the characteristics commonly seen in people born with an extra copy of their 21st chromosome. The medical term is Trisomy 21.

Down syndrome is as much a part of him as the color of his skin and hair.

That extra chromosome is the reason for some minor differences in his appearance. It means that his eyes and ears are shaped a little different than mine and yours. His palm has a single crease running across it rather than two creases curving in opposite directions. There’s a gap between his big toe and the others that’s more noticeable than for most people. Perfect feet for flip-flops. But you know what? We all have chromosomes that make us different. Some people have red hair, some have dark skin, some have big noses. We all look different, and that’s ok.

That extra chromosome means that his body works a little differently. It causes him to have low muscle tone, which basically means that each of his muscle fibers is weaker than a typical person’s. This doesn’t mean he’s not or can’t be as strong as other people. What it means is that every movement he makes, be it moving his tongue to speak, moving his legs to walk, moving his fingers to hold a pencil, requires more muscle fibers than you need to use. It means that if YOU were using as many muscle fibers as HE does to do everyday tasks you’d basically be a body builder. Because of this, it took him longer to reach developmental milestones like rolling over, siting, walking and talking. Technically, people with Down syndrome are thought of as “developmentally delayed.” I think that this simplifies things too much. He’s not delayed because of lack of effort of motivation. He takes longer because he has to try so much harder! Every physical milestone he reaches is a testament to his hard work, determination, and desire to succeed. He’s amazing.

Finally, that extra chromosome means that his brain works a little differently, too. There’s nothing WRONG with the way his brain works, but the traditional educational system, the way we communicate, and the overall structure of our society are not designed for people like Emmett to succeed. Historically, this has meant that anyone who can’t just “figure it out” gets left behind. Doctors call this an intellectual disability, or a learning disability. But what if we stop thinking of them as “disabled,” and start thinking of them as “different.” You hear the term “differently-abled” thrown about and immediately think “What kind of PC bull**** is this?” I get it. That was me. But I’m here to tell you that my son does not have an intellectual disability. He does NOT lack the ABILITY to learn. He literally learns DIFFERENTLY. Imagine that you live in a world that uses different colors in place of letters of the alphabet. Everything else is the same, but the alphabet is now made of colors. Now imagine you’re born colorblind. The rest of society wouldn’t understand. They can’t see your “disability,” and you may not even know you’re different because you don’t know what you’re missing. Or if they did understand, they might still think you’re stupid. Who can’t learn to read? Preschoolers can learn to read. What’s wrong with your brain?! If people actually took the time to figure out how you’re different, then they could adjust the way they teach to match the way you learn.

And that’s the long way of saying that the kindergarteners in Emmett’s class seemed to already know everything I just wrote. They had no trouble understanding that people can be different without being broken. People can need help without needing to be fixed. Their questions weren’t so much about WHAT is different about Emmett, but HOW and WHY is he different and HOW can they help him succeed.

So now I ask you – If this concept comes naturally to a 5 year old, why is it so difficult for so called “reasoning” adults to comprehend? 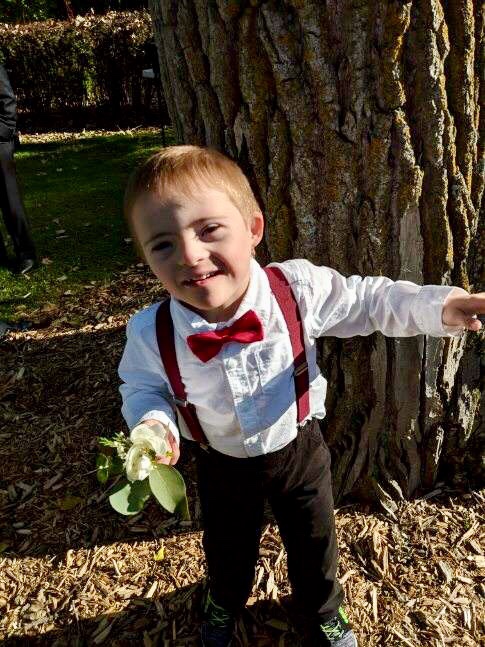 5 Replies to “The kids are alright”