It’s fall (basically). And while that means that my garden is on its way out (well, kind of – I’m bringing the smaller plants indoors for the winter), other foods are just ripening. I’m pretty psyched for apples this year. Hopefully I can get a good batch of applesauce, and some nice jelly from the apple remnants. But my favorite part of fall is the little-known hickory tree. What’s so cool about a hickory tree? They make hickory nuts. And what’s a hickory nut? It’s related to the pecan, and is one of the most tasty nuts out there. They don’t usually sell them in stores because they don’t have as long a shelf life as other nuts, and they’re a beast to crack open. I haven’t gone hickory-hunting since high school, so when I saw this year that hickory trees line the sidewalk by Emmett’s school I decided that this was the year for some serious foraging.

So what does a hickory tree look like? They’re one of the few trees that’s easy for pretty much anyone to identify. The ones with the best tasting nuts are also the ones with the most distinctive bark. It’s called a shagbark hickory, because of its distinctively “shaggy” bark. The bark on these trees pretty much always looks like paint peeling off an old house. 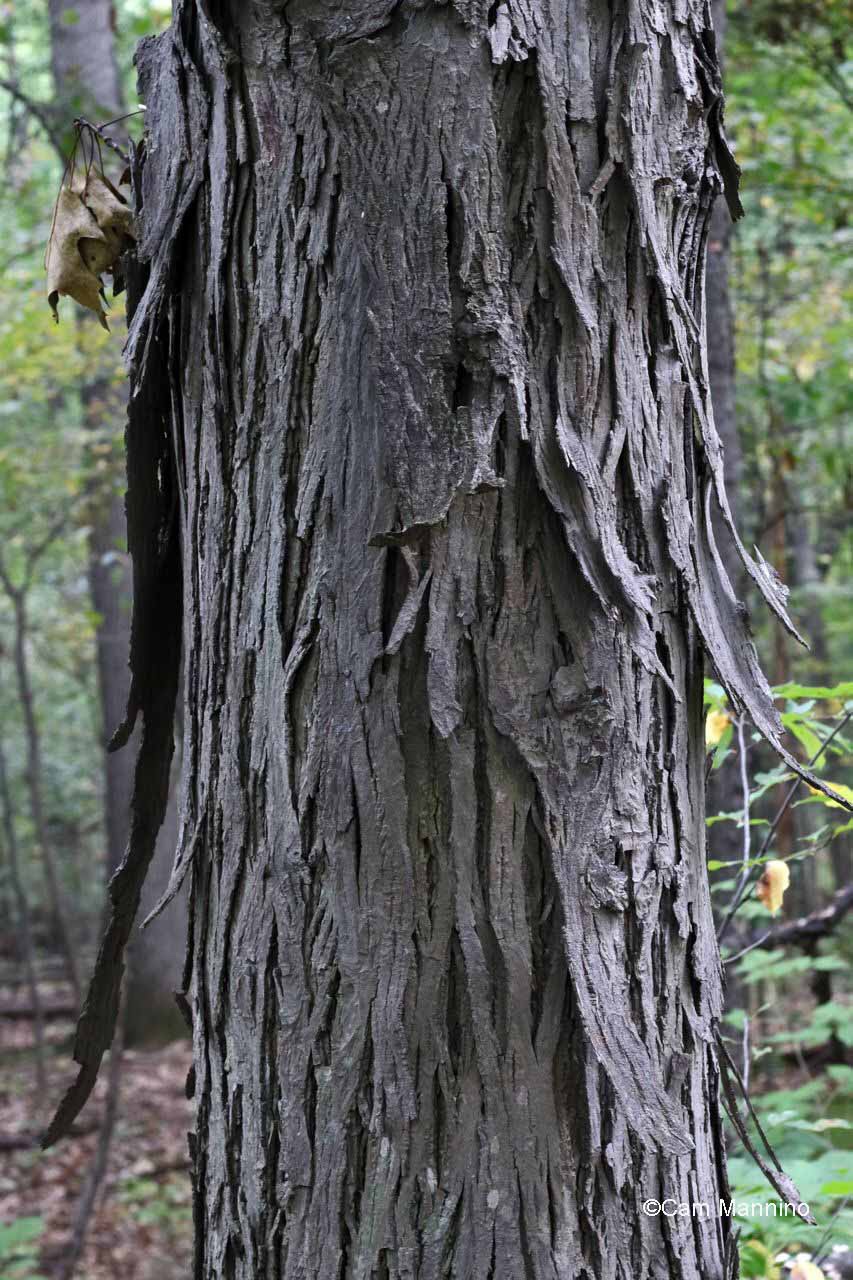 The nuts are in these weird green pod things, but don’t bother picking them off the tree. When the nuts are ripe, they fall to the ground on their own. A nice part of them falling to the ground is that the fall usually breaks the pod they’re in. If you have to break them out on your own, it’s easiest to throw it on the ground (but I usually wind up watching where the shell lands while the nut flies unnoticed in the opposite direction). So every morning and afternoon when we walk from the car to school (I park at the end of the park so we have to walk the full length of the sidewalk), Madeline and I look for nuts. We can usually fill our pockets at least once a day. One morning, after a particularly windy evening, we had to drop our haul off in the car before continuing our walk to the school. You can’t let them sit too long or the squirrels get them (or the lawnmower – every crushed nut I see in the grass is a tragedy).

I mentioned earlier that they’re awful things to crack open, and I mean it. If you’re hoping for a nut that’s smooth and falls out of the shell like an almond you’re in for a rude awakening. These nuts have thick, rock-hard shells, and the meat inside is fairly soft and fragile. They’re next to impossible to break open without crushing the meat inside. If you don’t know what you’re doing, you might try with one of those hinged nut cracker things, but your hands are probably not going to be strong enough to break the shell without exerting some serious muscle. Then you’ll go for a hammer, which usually sends everything flying and leaves you with a mushed up lump of nut and shell. Not tasty. Biting on a piece of shell will seriously break a tooth. I figured there has to be a better way, so I turned to google and found the “best” way of opening hickory nuts.

Step 2: Find the seam. Each nut looks like it has several dividing lines or ridges, but there will be one distinctive line that divides the two hemispheres of the nut. You can see it here running from top to bottom. 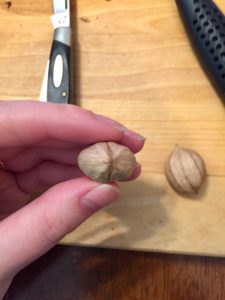 Step 3: Line up the blade of your pocket knife with the seam. Make sure you’re on a surface that can absorb the impact, like an old piece of wood or the weird end of your cutting board (I’m not the only one with a “don’t use this end” side, am I?). 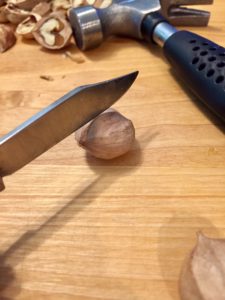 Step 4: Hit it with a hammer. Several times if needed. It’ll take a while to get the hang of it. You want to break through the nut without cutting into your board. It actually splits in half pretty easily if you’re following the seam. This can get noisy. So sorry. 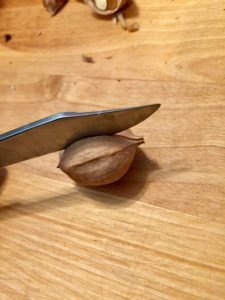 Step 5: Your halves are now separated! Now you just have to get out the meat. If you’re lucky, it comes out easily. If you’re not, you’re going to want to use the tip of your pocket knife (and possibly a needle of some sort) to pick out the meat from inside the shell’s crevices. 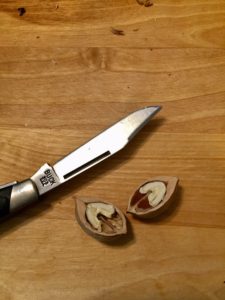 Step 6: Do that again about a hundred times. In fact, spend all day doing that. Annoy your family members. Make people wish they had ear plugs. Send shell fragments flying. It’ll be worth it. 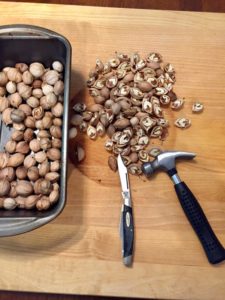 Step 7: Was it worth it? Sure, they’re delicious, but that seriously took forever. And most of it came out in tiny fragments. That was disappointing. 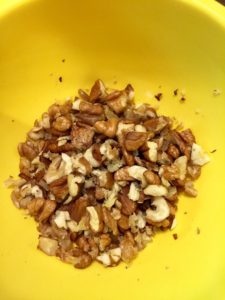 Step 8: Search Amazon for “hickory nut cracker” and buy the first thing you see. It works. You’re amazed that the shell crumbles instantly, leaving the nut inside almost always intact. You’re happy, but also angry. That was seriously a whole day spent on cracking nuts. Why did initial google results not instantly bring up this $10 wonder machine? 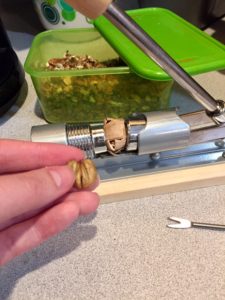 Step 9: Enjoy your spoils. Make muffins or something. 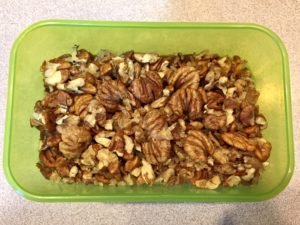 If I were you, I’d skip straight to step 8. You’re welcome.