And yours can, too! Some people use candles, some use air freshening sprays or plug-ins. I’m using simple things I had laying around the house (though I recognize that most people probably do not have these things sitting around).

Madeline was skeptical at first. I mean… dried lemons? Who dries lemons? Someone who bought lemons impulsively and then immediately realized she didn’t plan on making anything with lemons, that’s who (though I also dried the lemon that’s been hanging out on my lemon tree for the past year because I’m sick of looking at it). Rosemary is fresh from my indoor “garden,” though I plan on drying some sprigs to make some more ready-to-use home scent packets. Vanilla is homemade (because of course it is). I fished out a vanilla bean and used that, but you could also use a teaspoon of extract or a piece of an ordinary dry vanilla bean (no need to use up a whole bean on this). 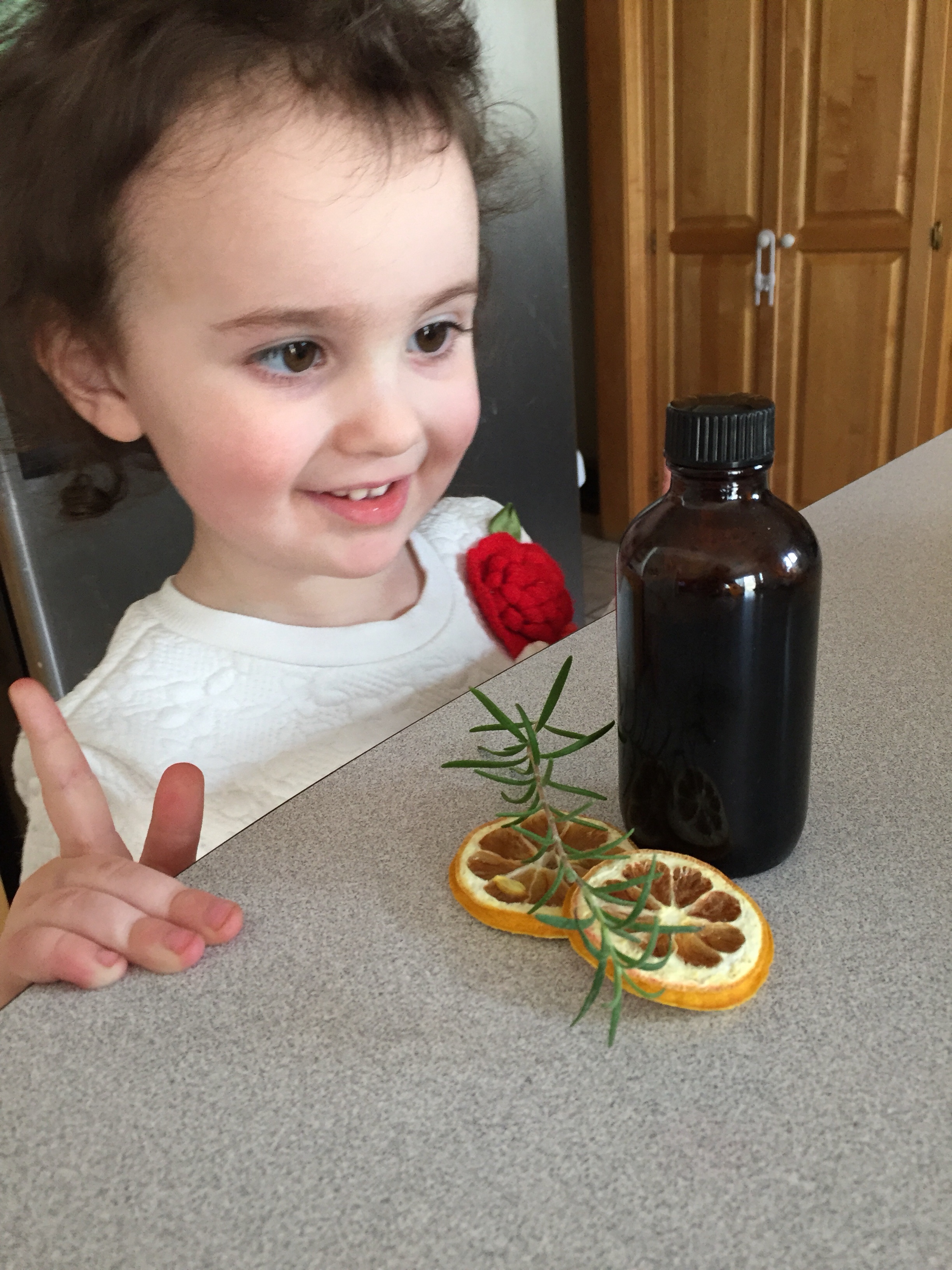 After careful consideration (and some overenthusiastic sniffing), she approved of the combination and authorized its use. 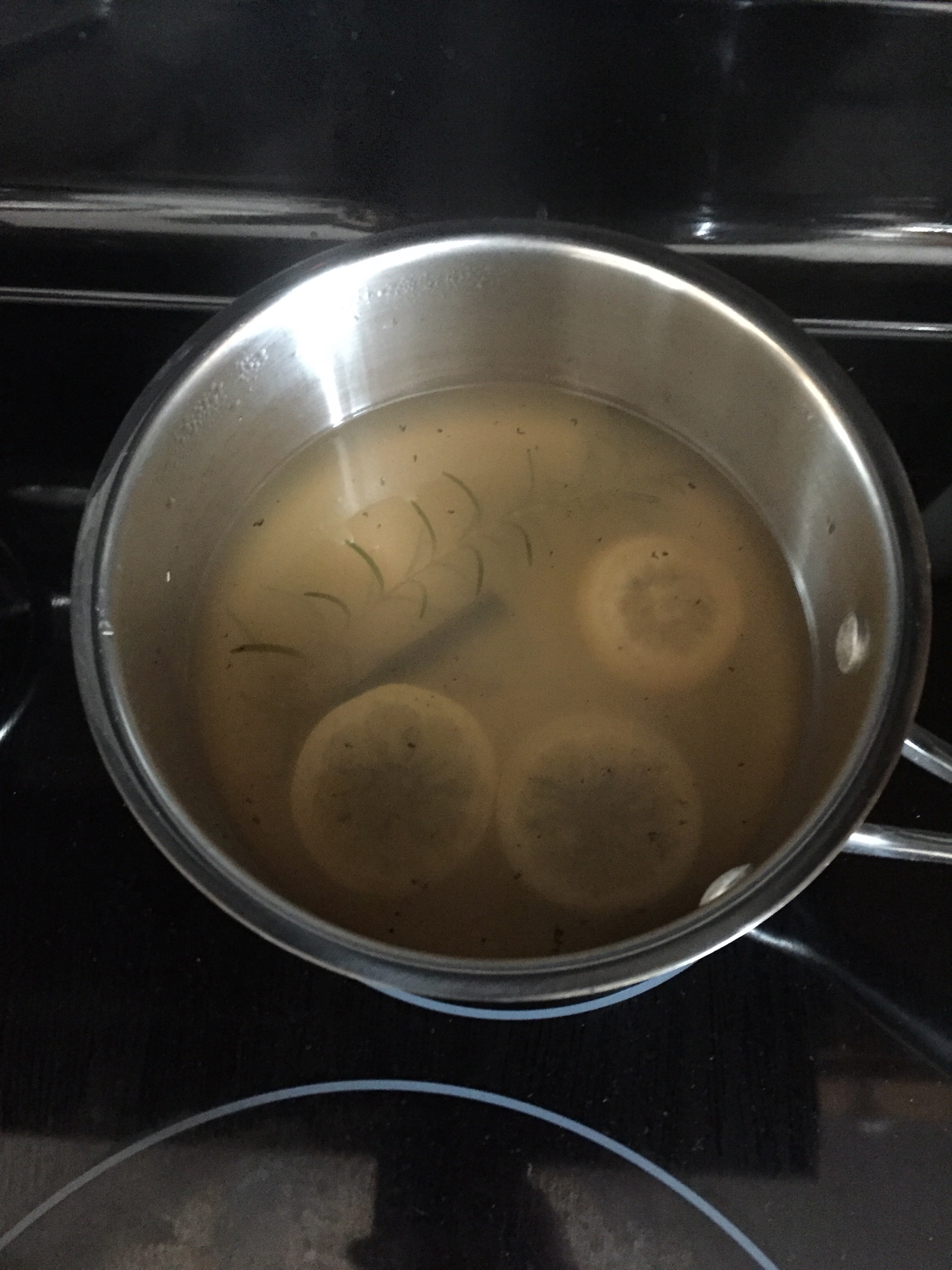 Well that looks gross. I’ve been simmering it (low heat on the back burner) for about 5 hours now and my house has smelled amazing all day. I’m keeping the lid on so I don’t evaporate all the water, but the smell is still making it out to the rest of the house. It’s like the best candle ever. It’s bright and fresh, but earthy. There’s a warm depth to it, a mild herbaceous quality, and a subtle sweetness. I can close my eyes and it feels like summer.

And the living room smells less like poop, which is what I was really going for.

2 slices of lemon (fresh or dried)

1 sprig of rosemary (fresh or dried)

Add to roughly 3 cups of water in a saucepan, and place on a back burner on low heat. Leave the lid on. Check it periodically to make sure the water level isn’t dropping too low. Alternatively, you can put everything in a small slow-cooker and let it go.